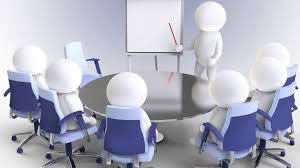 The resulting reliability of the line with 10 machines at 0.9 (90%) reliability each is 35%. This means that some portion of the assembly line could be down 65% of the time. Expand this principle to complex assembly operations where many more than 10 individual machines are needed to produce products.

The reliability of the line would be much worse. A critical piece of equipment would fail nearly every day. As you can see, this is no way to run a profitable business.

When reliability cannot be improved further, the ability to replace worn parts in an expedited way is considered. An attempt to anticipate failure and add design features which measure the amount of wear or predict when maintenance will be necessary is also beneficial.

All of these items and more are addressed and discovered in a Machinery FMEA.

What is Machinery Failure Mode and Effects Analysis (MFMEA)

Machinery FMEA is a methodical approach used for identifying risks associated with machinery and equipment failure. The purpose of the MFMEA is to increase reliability of the machinery, reduce time to repair and add prevention techniques, such as diagnostics. MFMEA is an integral part of Total Predictive Maintenance (TPM).

The Machinery FMEA initially identifies the machine functions, speed of operation and expected productivity or throughput. Reliability performance may also be stated for the Equipment or Tooling. Failure Modes and their effects are listed. If there are design inputs or special characteristics, the effect on end users is also included.

A Severity ranking is the determined for each effect. Next, detailed causes and their mechanisms, including physics of failure, are identified. A high probability, due to past failure or lack of evidence, will drive an action to prevent or reduce the cause’s impact on the failure mode.

The detection ranking determines the effectiveness of the machinery and diagnostics controls. A poor detection ranking will drive an action to improve the ability to detect a cause of failure and warn of impending failure.

The MFMEA will also track improvements through reductions in Risk Priority Number (RPN). By comparing the before and after RPN, a history of risk mitigation is kept for future review.

Risk is the substitute for failure on new processes. It is desirable to identify risks for each machine or tool as early as possible. The main goal is to identify potential risk prior to machinery, equipment or tooling design. Mitigation of the identified risk is reviewed during design reviews of the equipment, at stages of the build and at initial trail runs at the manufacturing facility. This review occurs prior to shipping equipment to the user facilities.

Final approval of the machinery, equipment and tooling often occurs at the first production trial runs at the customer’s production facility.

Risks are identified on new technology and processes, which left unattended, could result in failure. The Machinery FMEA is applied when:

How to Perform Machinery Failure Mode and Effects Analysis (MFMEA)

The Quality-One best practice Three-Path Model can be applied to all FMEA types. Machinery FMEA has five primary sections. Each section has a distinct purpose and a different focus. The sections are reviewed at different times within the project timeline, not all at once. The MFMEA is completed in the following sequence:

The requirement / measurement of the function and / or the speed or throughput expected are described in this column. The requirements are either provided by a drawing or a list of Special Characteristics.

A form of Quality Function Deployment (QFD), called a Characteristics Matrix, may be used to link the Special Characteristics to process operations. The requirement must be measurable and should have associated test and inspection methods. The first opportunity for recommended action may be to investigate and clarify the requirements with the design engineer.

The failure mode is also known as the anti-function and is a statement of the requirements not being met. There are five varieties of failure modes:

The effects of failure are focused on impacts on the process, subsequent operations and / or potential customer impact. Many effects may be possible, however all effects should appear in the same cell next to the corresponding failure mode.

The severity of each effect is selected. The severity ranking is typically between 1 through 10. Typical MFMEA Severity guidelines are as follows:

The highest severity is chosen from the many potential effects and placed in the Severity Column on the MFMEA form. Actions may be identified which can change the design direction on any failure mode where the resulting effect is ranked 9 or 10. If a recommended action is identified, it is placed in the Recommended Actions column of the MFMEA form.

Classification categorizes the type of characteristics based on potential risk. These special characteristics typically require additional work, design / process error proofing, process variation reduction (Cpk) or Mistake Proofing. This column designates where the characteristics may be identified for Machinery FMEA Collaboration with the processFMEA or Control Plan.

Causes are defined for the each failure mode and should be determined based on their impact on the failure mode. Causes are brainstormed and should focus on the following: Material, Machine, Measurement and Mother Earth (Environment). Use of words like bad, poor, defective and failed should be avoided as they do not define the cause with enough detail to make risk calculations for mitigation.

The prevention strategy defined by the machinery and equipment approach uses standard parts that easy to acquire, robust parts when access is limited and diagnostics which will not permit failure. Proven prevention controls will lower the occurrence or probability of the cause. The stronger the prevention control, the more likely the equipment or tooling engineer was aware of the potential cause. The use of verified standards and past proven technology being reused (similar stresses applications) is highly desired.

The occurrence ranking is an estimate based on known data or lack of it. The Occurrence can be related to known / similar technology or new process, equipment or tooling technology and is related to Mean Time Between Failures (MTBF). Typical MFMEA Occurrence guidelines are as follows:

Actions may be directed against causes of a failure mode which have a high occurrence. Special attention must be placed on items with Severity 9 or 10. Failure modes with high severity and occurrence combinations must have actions in place that assure due diligence has been demonstrated.

The activities conducted to verify the machine can identify when or if it may fail, are placed in the Current Machinery Controls Detection Column. A few examples of detection controls are:

Detection Rankings are given to each detection method based on the type of detection control selected. There is often more than one detection control per cause / failure mode combination. Best practice is to list all controls in one cell and apply the detection ranking for each.

The lowest detection ranking is placed in the detection column. Typical MFMEA Detection guidelines are as follows:

Actions may be required to improve the current detection controls. The improvement will address the weakness in the machine evaluation strategy. The actions are placed in the Recommended Actions column.

The recommended actions column is the location on the Machinery FMEA form that all potential actions / improvements are placed. Completed actions are the purpose of the MFMEA. Actions are directed against one of the previously assigned rankings. The objectives are as follows:

Here, the name of the individual responsible and the date the action will be completed is documented. A milestone name can be used in place of a specific date if a project timeline exists and shows the linkage between date and milestones.

The Machinery FMEA will result in actions which bring higher risks items to an acceptable level of risk. Action results should be documented for each action taken. If the action was unsuccessful, another action should be determined. It is important to note that acceptable risk is desirable and mitigation of high risk to lower risk is the primary goal.

Machinery FMEA Services from Quality-One include MFMEA Consulting, MFMEA Training and MFMEA Support, which may include Facilitation, Auditing or Contract Services.

Our experienced team of highly trained professionals will provide a customized approach for developing your people and processes based on your unique MFMEA needs. Whether you need Consulting to assist with the development of your MFMEA process, Training to help understand and drive improvement or hands-on Project Support for building and implementing your MFMEA process, Quality-One can support you! By utilizing our experienced team of Subject Matter Experts (SME), Quality-One can help you promote the value of Machinery FMEA in your organization.